You and your friends have trained hard in order to enter the greatest tournament in the world. But all of your blood, sweat, and tears isn’t for you.

It’s for the Hero.

The Hero has entered the tournament to defeat the Villain.

The Hero needs all of you, their closest friends and most powerful allies, to enter the tournament with them. You’ll clear their path by scouting the Villain’s powers and taking out lesser threats along the way.

The Hero has chosen you because they have no doubt in their heart that they need you by their side. Whether you believe it or not, the Hero believes in your friendship, your strength, and your guts.

立ち上がれ！ ヒーロー！！！(Stand Up! Hero!!!) is a game about a Hero and their companions who have fought their way to a final tournament against the Villain and their minions.

Tournament is a broad idea. You can also use this game for a final showdown, or any other story where there is a Hero, a Villain, and lots of smaller fights before the Big One. Castles, evil lairs, and secret bases make great alternate settings for this game.

立ち上がれ！ ヒーロー！！！(Stand Up! Hero!!!) is based on For the Queen (found at http://www.forthequeengame.com/), product of Alex Roberts and Evil Hat Productions, and licensed for our use under the Creative Commons Attribution 3.0 Unported license (http://creativecommons.org/licenses/by/3.0/).

In order to download this tournament you must purchase it at or above the minimum price of $5 USD. You will get access to the following files:

Support this tournament at or above a special price point to receive something exclusive.

Claim a free copy of Stand Up! Hero!!! if you are marginalized/in need. 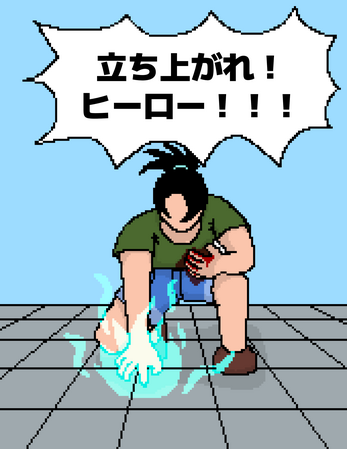 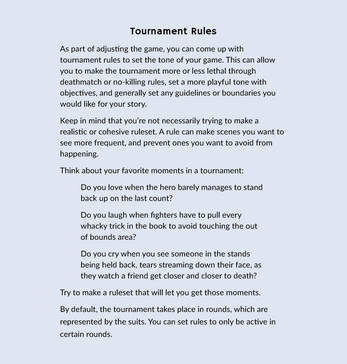 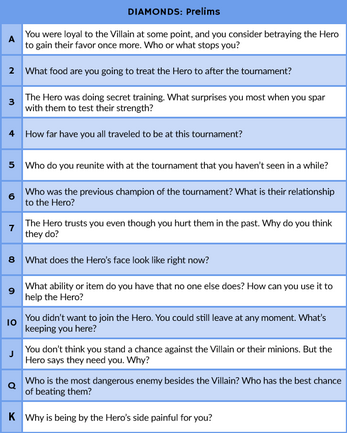 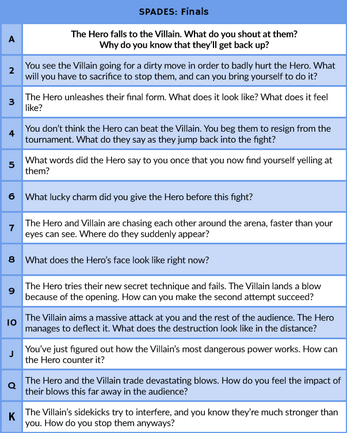