You are a mech. Mission after mission, a pilot gets in. Many don’t come out, at least not in one piece. You remain, a reminder of the fallen.

Play out the downtime actions of a succession of mech pilots, as tensions rise within a squad of mercenaries. There is no avoiding the squad dissolving, the pilots scattered to the winds or dead. But what leads to that tipping point?

Content Warning: This game deals heavily with death. It is never shown. There is no glory in it. There may be blood shown, after the fact.

A GMless tabletop roleplaying game for 3 or more players.

My sibling DM'd this game for myself and our friend last week. We are all brand new to TTRPGs, but we had fun figuring out the mechanics of each role (our Brawler's pilots died every round, whereas my Skirmisher's pilot never died). I felt like there was space for both people with silly or more serious approaches to the game. I'm going off of my twin's DM powerpoint slides and don't have reference to the original game rules, but I think unlike the original game, we did have some mission strategy, which probably changed how we interpreted and approached the game. There was tension in knowing our pilots could die at any moment and frustration at seeing pilots die--we watched our pilots get into fights over the results of missions, or try to be reassigned knowing they were likely going to die. I was able to throw in some pilot development and even set up an anti-colonial sabotage plot, something that the Brawler and Artillery were not able to do as they had multiple pilots die.

As someone who has just got into the Gundam series, I appreciate how the mechs are the protagonists of this game. It was interesting to deduce what our pilots were feeling or doing through their actions and body language. By the end of the series, many of us were also reflecting on our mechs' lack of agency in their situations--our Artillery mech was happy to be left abandoned at the bottom of a mine pit with their dead pilot at the end of the game, because it meant they were no longer being used for imperial purposes. In the end, even though the reactor didn't explode, we were still scattered across different places and either abandoned or reappropriated. And our pilots deaths barely had an impact on the battles and missions we fought which were, in the end, futile. At least, that's my perspective on it--I can't speak on the DM or my friend's thoughts.

All this to say, thank you for this game!

ahh I'm so glad you liked it! 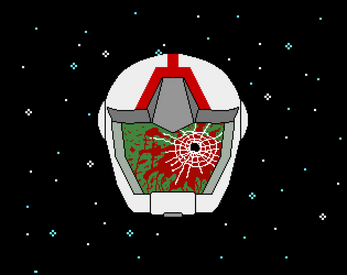